Decision Making in the VUCA world

Decision making and problem-solving are terms that are thrown around quite loosely in any leadership development context. A leader is expected to be one who can control his emotions, can think through complex situations and not be shy to take a tough call. Although these are commonly held beliefs, how often do we see leaders do this especially now in the VUCA world?

Most leaders today can recall facing difficulty in decision making. This becomes especially apparent when they have some personal vested interest in the situation. Let’s delve deeper in this by looking at a rather peculiar case we came across. For the benefit of the readers, we will refer to this decision making case as the ‘Kwarta Foods’ case and individual in concern as Sahil.

Sahil had been mentoring his team member Mohit, who he felt was just like him. He saw in Mohit, the same spark that he had when he had started his career. Although Mohit was only rated ‘average’ on his last performance appraisal, Sahil believed he had a yearning to improve and learn. Under Sahil’s guidance, Mohit’s performance improved significantly. Sahil could not have been prouder. He constantly motivated Mohit by telling him, that if he kept his performance high, he could get that promotion he always wanted.

Alas, this was not to happen. Due to the recession, Kwarta Foods faced major losses. To cope with this, the company decided to let go of low performers and raised the performance standard – effectively putting a check on promotions and higher salaries. What this meant was Mohit’s performance, even though improved, was still rated ‘average’. He had lost out on the promotion, one that he had clearly worked hard for. Sahil could not believe the turn of events. He had watched him grow and improve and perform for this very company; one that was so easily going to rob him of any acknowledgement.

He reached out to the HR, and to even his own bosses, pleading Mohit’s case. He understood the decision from the organisation’s perspective, but he could not believe that nothing could be done for Mohit. Sahil could not face Mohit, and could not work with an organisation that does not take care of its own. He decided to quit and end his ties with the company.

What Sahil did not realise, was that Mohit was better off than most others in the company and in the industry, in general. He still had his job, and if he had kept performing the way he was, he would definitely have got that promotion the next year. Instead of focusing on finding a solution that worked in favour of the company as well as Mohit, Sahil reacted based on his impulse. He did not pause and think.

There can be many reasons behind Sahil’s decision making:

# He felt overwhelmed by emotions of anger, frustrations, helplessness etc.

# Unconscious biases: Sahil saw Mohit, as a younger version of himself. Which could be why he internalised all that was happening to himself. For instance, he felt that this was a betrayal, that he was betraying Mohit. Even though he understood the reasons for the decision, he could not help but feel responsible.

Did he take the optimum decision? No. He did not look to find a solution. He could have taken the tough call of actually talking to Mohit, and explaining the situation. He could have found a way to make Mohit’s role more meaningful, more independent, such that he was readier for the promotion he wanted.

This is a problem that is not limited or specific to Sahil. As the white paper published by UNC Kenan-Flagler Business school established, there are nearly 150 biases that exist unconsciously in most people (2016). In Sahil’s case, he personalised the situation to a great extent.

Leaders today need to understand their own biases, what triggers them and how they affect their work. As Daniel Kahneman puts it, “It’s difficult for us to fix errors we can’t see.” Thus, the first step becomes to acknowledge and identify the biases. This understanding then needs to be used to find ways to work around one’s biases. A successful leader is one who can consciously and deliberately stretch beyond his/her biases. 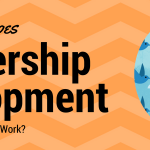 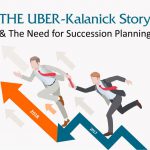