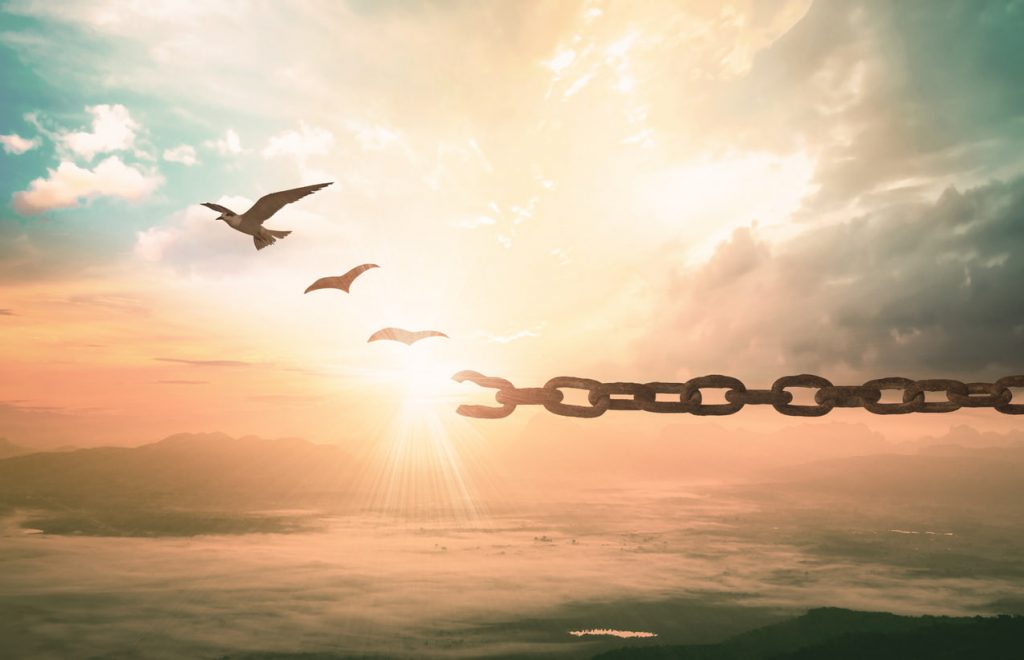 Unshackled… a story of resilience

This is a story I love repeating.

A Young company was not doing too well and was in serious financial difficulties. The Chairman & CEO decided to ask the entire company to form small workgroups and in their workgroups identify the challenges they have in their workplace which inhibit them from achieving their goals.

A Communication went from the Chairman to all the managers asking them to develop a plan along with their respective teams identifying clearly –  the solution which would support them to meet their goals and the resources that they would require to overcome the issues faced by them.

A week later all the teams were asked to assemble in one common place and each of the teams was given 5 minutes to share their problem,the solution they have and the resources they require to implement the solution.

Each of the 30 teams presented their cases – clearly identifying the financial ,manpower and material resources that they required .While the presentations were being made, the CFO and the finance team compiled all the resource requirements being asked for and the revenue growth or the cost reduction that was possible if the solutions were implemented .

At the end of the day when all teams had presented their proposals the Chairman, on the spot and without any question approved all the expenditure and investment required by each of the teams. A Governance and review mechanism was put in place to ensure that all bottlenecks were removed by the supporting functional teams .

The teams were exhorted  that they should go back with the implementation and ,resources as agreed shall be provided by the central team of the CFO/CHRO and others.

What do you think happened to the 200 people who were present in that Hall ?

Suddenly they felt that all the chains which were shackling them were  removed and they were free !! Needless to mention that the company achieved its goals by a margin and not only that but it became the turning point of the Organization’s fortunes !

The Chairman was wise. He understood that the failures of the past were controlling the mindset of the Teams and that the resources were only being used as a proxy for the defeated mindset.

So – free the mindset and let the energy flow!

In the current pandemic situation that we are in, we see a number of people getting shackled and chained by their own mindset.

These self – imposed chains get manifested because of a sense of hopelessness ,a general dim view of the future leading to low energy and low positivity. Negative news from media, social media and our own perception of the situation tend to reinforce this mindset.

Failures of the past tend to hold us back rather than successes of the past which could spur us on. We believe in the failures a lot more than in the successes of ours and others. We shrug off the  successes as a one- of  while the failures resonate with us much more. These thoughts and mindset deprive us of the Positivity & Courage that are  required to try rise again and again.

The recent tour of the Indian cricket team to Australia is an abject lesson on how the fallen can rise again and be victorious !

For most of the spectators and the experts the outlook of the rest of the series after the first Test Match ,was too dismal to bear any elucidation!

People in India were scared and apprehensive of watching the second Test Match lest they witness another debacle and feel low themselves in this already dismal pandemic environment.

If  apprehension and scare was shackling the positivity of even the audience you can imagine the possible state of mind of the players themselves !

It would be fair to assume that getting into the second Test Match the players could be feeling insecure ,unsure and apprehensive about the Match and their own careers as players

Expectations were ,that the Team would be totally Shackled by their mental state and tied by Chains inhibiting them to perform even at their normal level.

We all know NOW what actually happened!

The Indian Team won the second Test Match, drew the Third against all odds , won a historic victory in the Fourth and in fact the whole series!!!!

Not only were the players and the support staff in Cloud Nine , but the performance uplifted the mood of the entire Indian Nation!

The Nation was UNSHACKLED!

The two examples  given above  are very reflective of the impact that Confidence, Positivity and Optimism displayed by a leader has on the team. In the second case the cricket team was the leader and all of us as a nation were the team members !

For leaders, it is absolutely essential that at all times and especially in the current endemic times ,they display a mindset which is built on Hope, Energy , Resilience and Optimism  – what may be  called the HERO persona!

The Resilience which was displayed by the Indian cricket team is what each one of us as leaders and as team players need to imbibe .The current times, where many of us  have been adversely impacted -Economically, Healthwise or Socially, could be given as an excuse for not performing to our  best .

However these are also the times when a mindset built on the HERO persona helps us to overcome the toughest of times .

The HERO persona which gives us the courage of conviction – To try yet once again.

And finally words of Resilience immortalised by Scarlett O’Hara in the epic ‘Gone with the Wind’:

“For Tomorrow is another day!”